Technology has changed much faster than the CRTC’s definition of what constitutes a basic telecommunications service that has to be available to all Canadians, which literally dates from the last millennium (1999, to be exact).

It stipulates, as the Wire Report noted (subscribers only) in a 2014 story, that basic service includes a telephone line “with capability to connect via low-speed data transmission to the Internet at local rates,” as well as services such as “Touch-Tone dialing” and “a copy of a current local telephone directory.”

Len Katz, a former CRTC vice-chairman of telecom, told the Wire Report in an interview at the time that the last time the commission looked at the issue in 2010-2011, it recognized that the definition was “old, antiquated and outdated,” but that the “technology was changing so quickly that we didn’t have a good handle on what speed was the most logical speed to mandate.”

On Monday, the CRTC will tackle the issue again, beginning a three-week hearing during which 86 parties will appear in front of a panel, including large and small telecoms, representatives from the Yukon and Nunavut governments, advocacy and community groups and experts.

They’ll all weigh in on which services Canadians find necessary to participate in the digital economy, acceptable Internet upload and download speeds, the need for funding mechanisms to support the provision of modern telecom services, and the proper role of the CRTC, the government and industry players in the market.

Many parties have already made their positions known.  During the intervention phase, the large telecoms told the CRTC it’s not necessary to implement a subsidy system for broadband Internet service, while advocacy groups argued that relying on market forces and government funding alone hasn’t worked to ensure all Canadians have satisfactory Internet access.

The commission also asked Canadians for their input, and most selected a combination of government intervention, market forces and use of a CRTC-established fund as the approach that should be used to provide the minimum standard. Ahead of the hearing, it also published its results in a study of broadband Internet performance (which found speeds were beating benchmarks), and a map of broadband coverage.

In the debate about the best way to achieve the basic service goal, two issues are bound to come up.

As that map shows, service in rural and Northern Canada is very different from urban Canada, and the CRTC will hear about the challenges of bringing it up to par from service providers, government representatives, and various groups.

It will also consider the question of affordability. On Thursday, days before the start of the hearing, Rogers announced it would expand its Connected for Success program, which makes a $9.99-per-month Internet service available for those living in rent-geared-to-income housing, and it’s a model that’s also likely to engender some debate during the hearing. The Public Interest Advocacy Centre will advocate for an affordability subsidy for low-income households.

The CRTC isn’t the only regulator grappling with these questions. The U.S. Federal Communications Commission recently said it would begin providing subsidies of $9.95 towards Internet service for low-income individuals.

We’ll be watching the hearings closely over the next few weeks to see where the discussion goes. As for whose arguments and proposals the CRTC finds most persuasive, we’ll have to wait until the decision—which typically takes a few months—to find out.

What does basic service mean in 2016?

Technology has changed much faster than the CRTC’s definition of what constitutes a basic telecommunications service that has to be available to all Canadians, which literally dates END_OF_DOCUMENT_TOKEN_TO_BE_REPLACED

See what our clients are saying

“Canadian Network Installations Ltd., CNI, is proudly celebrating its 10 year anniversary of servicing the telecommunications industry! CNI has set the benchmark for network installations and infrastructure support. We provide a wide variety of products and services to incumbent and competitive local exchange carriers, private and public networks.” 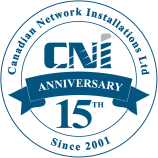 What does basic service mean in 2016?

Technology has changed much faster than the CRTC’s definition of what constitutes a basic telecommunications service that has to be available to all Canadians, which literally dates from the last millennium (1999, to be exact). It stipulates, as the Wire Report noted (subscribers only) in a 2014 … END_OF_DOCUMENT_TOKEN_TO_BE_REPLACED